Load paths are the way a load travels from where the load is applied to its final destination (usually the ground).

Load paths enable engineers to understand how a structure will work; incorrect assumptions on load paths can cause structural instability, cracking, failure and unexpected loadings.

This webinar was a review of the importance and engineering considerations for Load Paths that included a number of different case studies.

Providing an overview of of what a load path is and the importance this has on engineering projects particularly for demolition projects. This includes where load paths may change regularly during the demolition of the structure, and a look at the references to load paths in BS6187.

Here is a summary of the different topics discussed in the webinar, including a timestamp of where in the video these are included.

The following case studies were outlined during the webinar and were illustrated using drawings, calculations and videos. 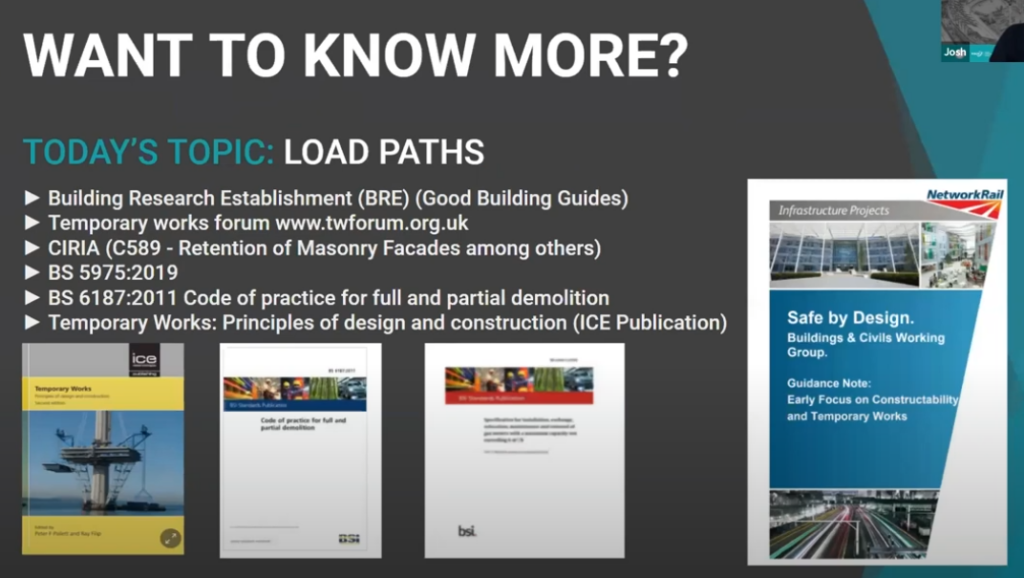