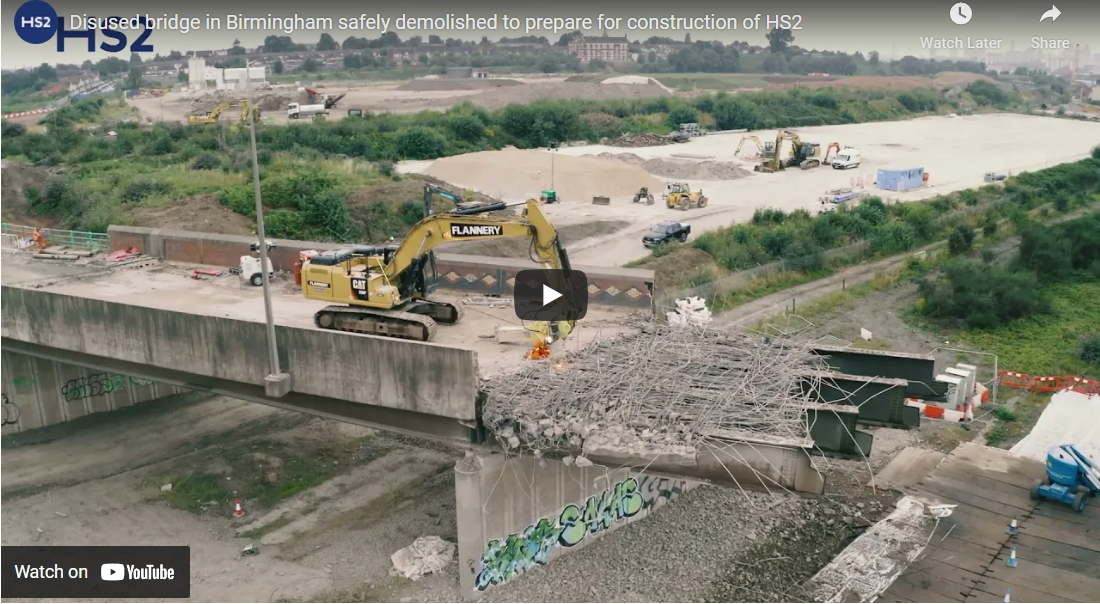 The Heartlands Parkway Bridge was a 100-metre road bridge spanning seven existing rail lines to link local roads to the A47. It was removed to make way for the northern section of HS2’s phase one route between London and the West Midlands.

Following the completion of the demolition, HS2 published a timelapse video on YouTube which has been covered by a number of construction industry publications.

In this coverage, the Tony Fenwick operations director for John F Hunt Regeneration gave an overview of the size and scope of the demolition.

“The location of the bridge was particularly unique as it crossed over seven freight and commuter rail lines and was originally constructed using over 685m3 of concrete, 165 tonnes of reinforcement and 250 tonnes of structural steel.

“Fifty people were involved in the precision operation each weekend, with engineers using specialist equipment, including excavators fitted with concrete pulverisers and breakers to demolish the bridge piece by piece, allowing the structural steel to be lifted away by crane. It was a great experience to help deliver such a crucial part of the HS2 project.”