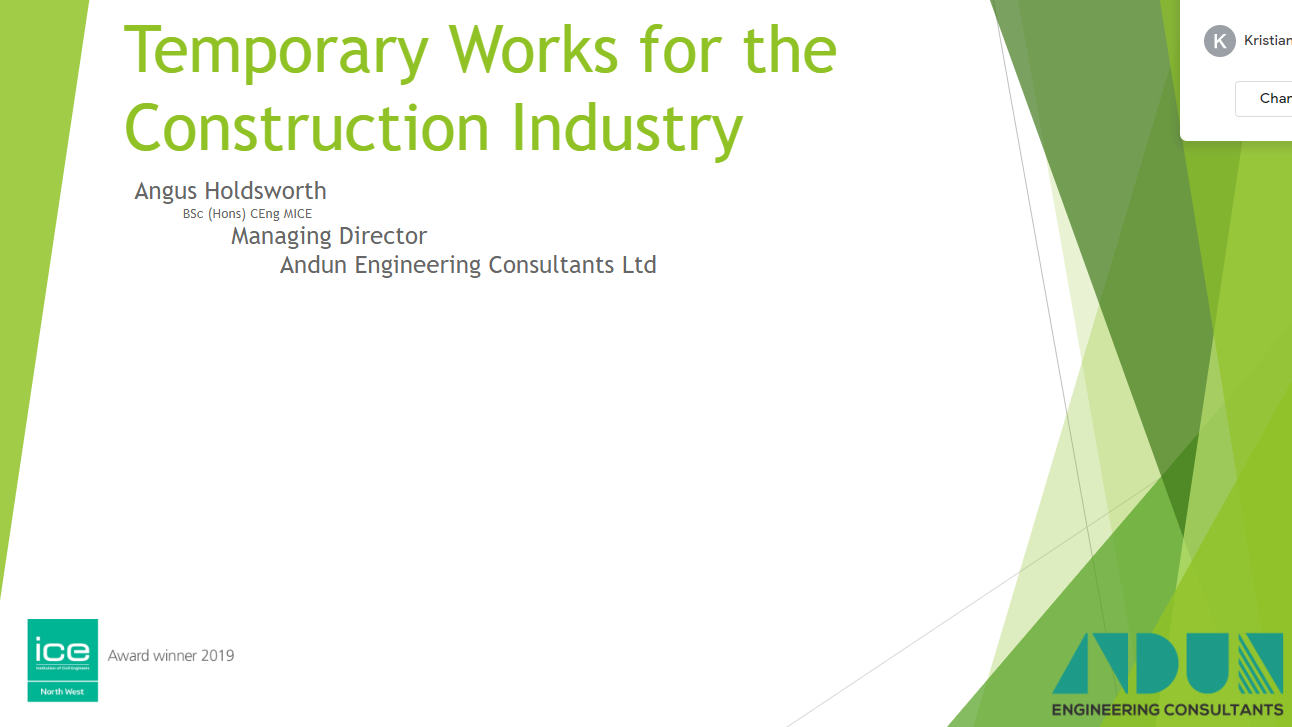 By Kristain Downer1st June 2020No Comments

Since the start of the lockdown Andun Engineering Consultants have been running a weekly Temporary Works CPD webinar series.

Originally scheduled to run for seven weeks the series covered a number of different temporary works and demolition disciplines.

The most common format being a 30 minute look a specific aspect of Temporary Works followed by the review of a case study.

Then there would be a Q & A which could last anywhere from 10 to 45 minutes depending on the depth of the topic and the volume of questions.

Interest in the webinars has been high with between 280 and 450 sign ups to each session.

This interest has led to the decision to extend the series and increase the number of webinars from 7 to 10. The series will now run until the 19th of June.

The next two weeks will be focused on two complex case studies and a review of the temporary works challenges faced during the Centre Point redevelopment and the Churchill Way Flyover demolition in Liverpool.

The series will end with a Q & A panel session with input from a range of Engineers specialising in different areas of Temporary Works and Construction.

Questions can be submitted in advance by email, or raised on the day during the webinar.