This project was awarded the Chair’s Constructability Award at the 2019 ICE North West Awards.

Located on a site that used to be occupied by the former Odeon Cinema that has fronted upon Oxford St since the early 1920’s. The structure will form the final part of Manchester council’s new vision for the Civic Quarter alongside the structures on 1 & 2 St Peters Square. 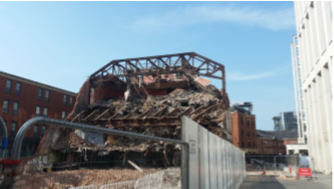 The site was small, the existing structure was in a poor condition, and the site was surrounded by public roads as well as being located in the city centre.

It also shared a boundary with a multi-storey structure that was being retained for the permanent works. These tight and difficult site constraints made the task of creating a double storey basement using the existing perimeter walls for support very challenging.

It meant that efficient temporary works designs were key to enable multiple works to progress concurrently and thus a timely project delivery.

The majority of the former theatre was removed using a long reach excavator however some parts of the removal works required some innovative engineering to reduce the risk to the public.

One such design was the pull-down of the 20te truss that spanned 25m and supported the roof and high ceiling of the former theatre.

Pulling the truss down into an exclusion zone in a controlled manner not only eliminated the potential for structural collapse outside the site perimeter but also significantly reduced the number of man-hours working at height. 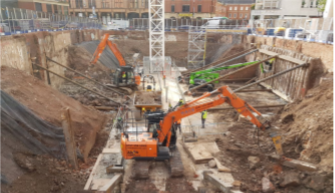 Support to the corners of the structure was provided with horizontal flying shore braces.

Andun also provided the pile mat design as well as the design of a geogrid reinforced earth wall that enabled the pile rig to operate at a raised level whilst still only using a limited amount of space on site.

During the scheme Andun worked closely with Curtins who were the permanent works structural engineers. 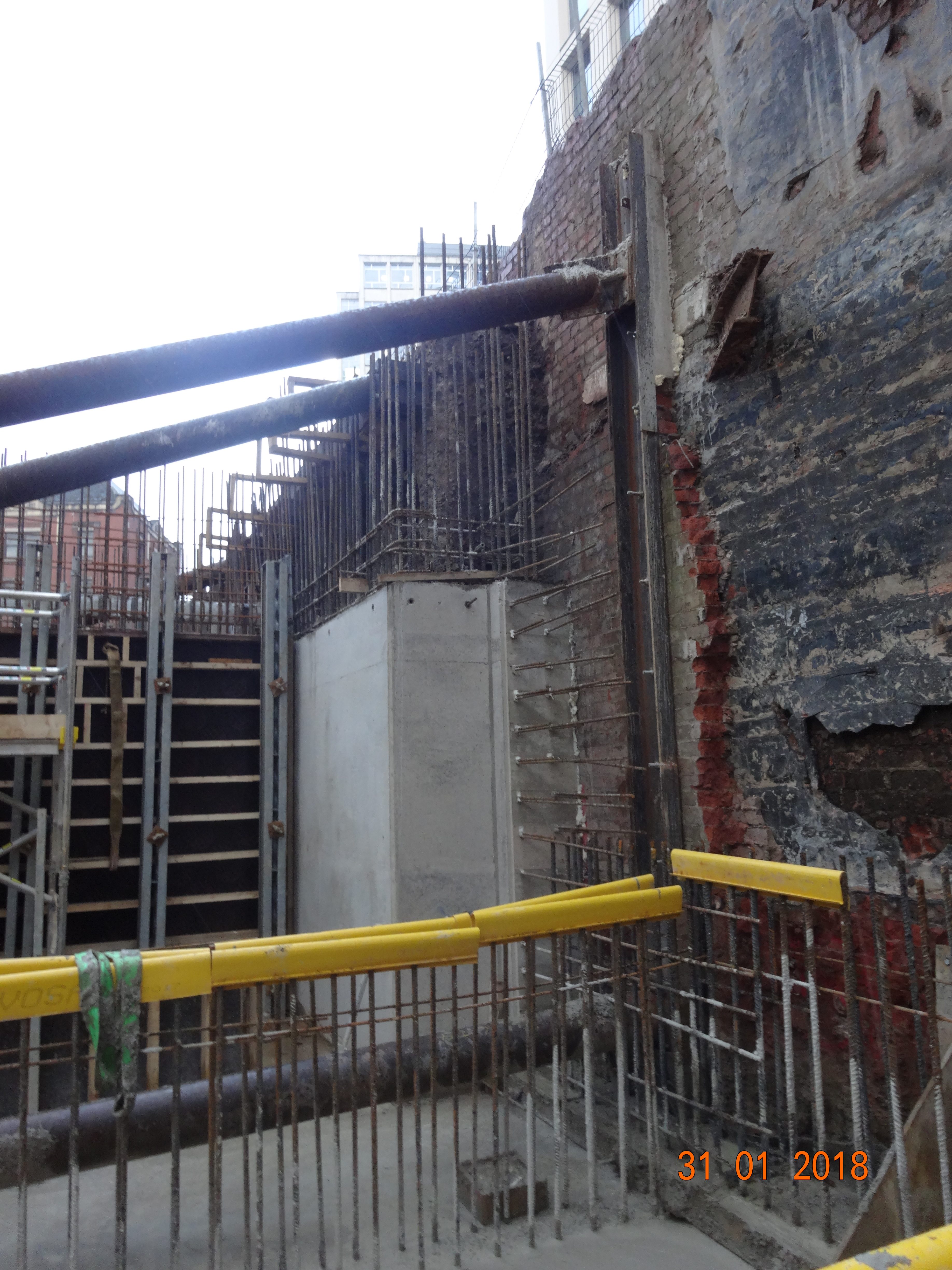