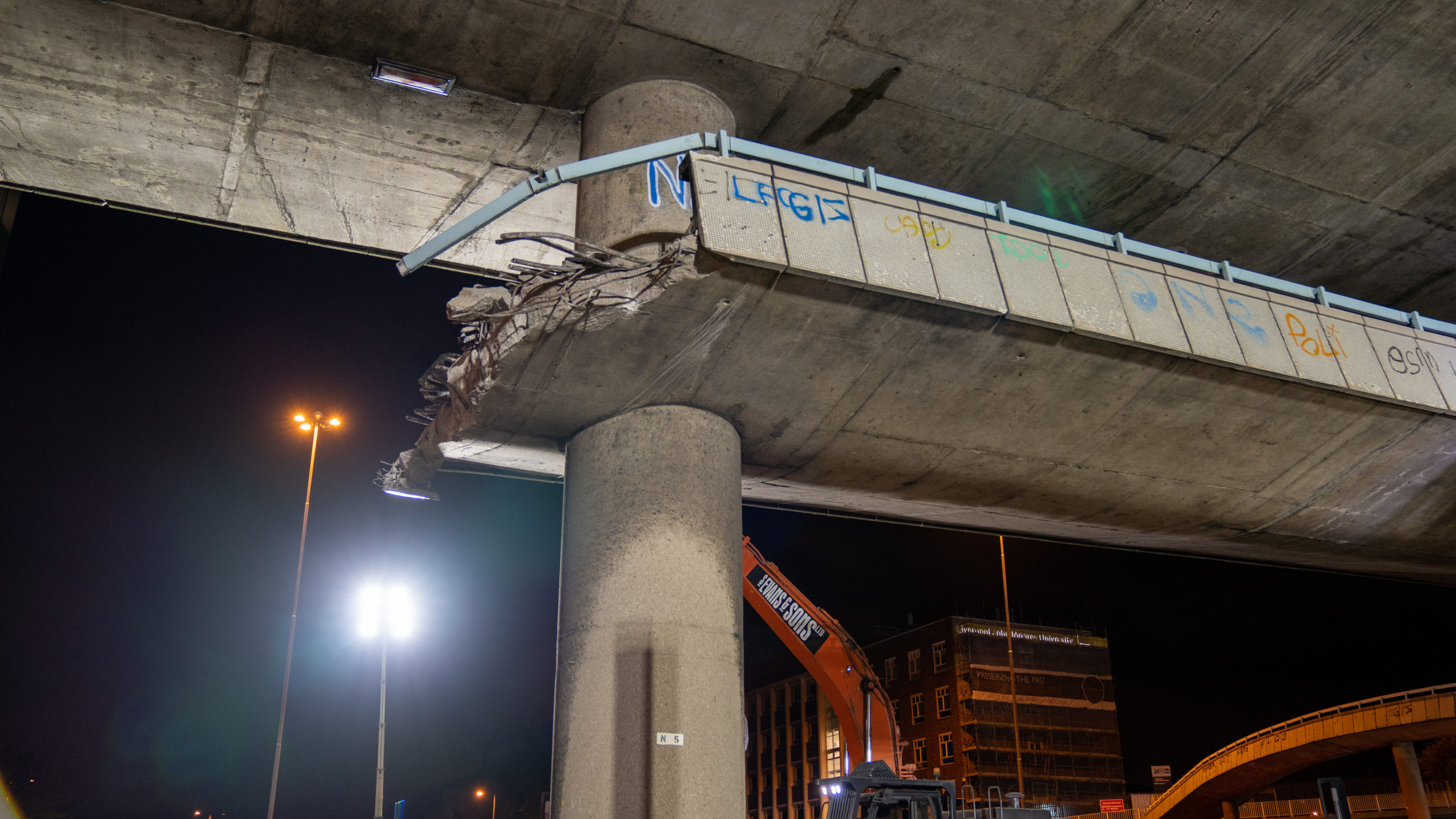 By Kristain Downer2nd November 2021No Comments

When demolishing post-tensioned structures there are a number of potential hazards to consider due to the construction methodology. A number of which were discussed during our demolition of prestressed structures webinar.

When cutting through a concrete structure it is easy to cut through a tendon taking out the compressive force on the structure. If the structure is not grouted then this can cause serious issues due to the potentially explosive release of tensile force.

For grouted structures, the risk is reduced but this is still an outcome where actions should be taken to avoid it.

The damage to anchorages can cause direct hazards to those on-site.

Dislodging or damaging the anchorages accidentally can lead to it being launched across the site creating a significant hazard to those on-site.

It is possible that post tensioning is installed in stages to match the construction programme.

A good example of this may be a large span podium/transfer deck.

AS additional storeys of the structure are added, additional tendons may be stressed, i.e. the tendons are installed to balance the imposed dead load in a staged manner.

When this structure is demolished this poses a significant hazard as the tendons need to be de-stressed in the reverse process. This may be easier said than done if the tendons are grouted.

If a post-tensioned structure is dismantled, jacked, or moved it becomes vital to consider the potential stress reversals in a structure. As an example if a post-tensioned beams spans 40m, and it is picked up 10m in from each end this significantly changes the stress distribution in the beam and this needs to be checked.

If the tendons are not grouted in place and are then cut, this can potentially lead to a huge amount of energy being released. It is vital that this is carefully considered.

Condition Of The Structure

As many of the post-tensioned structures are being removed due to them reaching the end of their lifespan. This can lead to individual strands of ungrouted tendons snapping due to corrosion. It is important to consider this during the demolition process.

The loss of prestress across a section can impact the shear capacity of a structure which can lead to shear failure. If this occurs the impact can be catastrophic so this should be carefully considered when designing the demolition methodology.