The removal of the raised walkway at Manor Park station required the design of a series of temporary works including; a demolition scheme, propping and a crane position. The requirement to undertake the works in restricted possessions, without dropping the OLE dictated that inventive demolition methods had to be used.

Andun proposed to prop, cut and lift large (65Te) sections of the structure out, and process using traditional methods on an adjacent road. As the structure consisted of steel, In-situ concrete, precast concrete and significant masonry components this was a complex undertaking.

The design of the propping was complicated by the existing gauge clearances, and the geometry of the structure. Significant use of the BIM model, and 3D modelling of all temporary works was used throughout ensuring that all items fit first time and that gauge clearances were maintained. 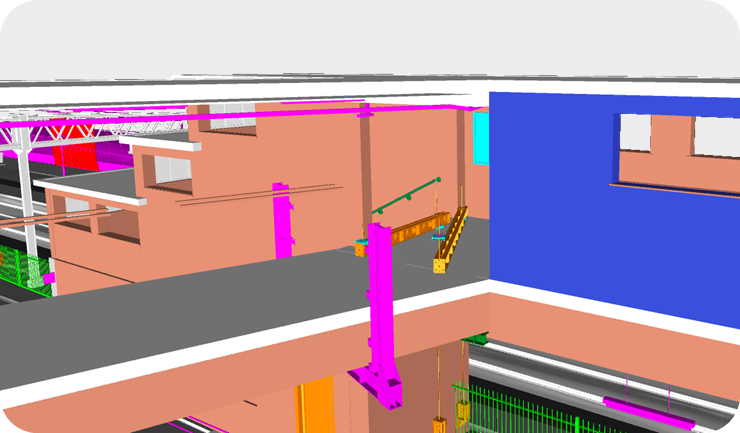 This 3d modelling was of particular use when dealing with the high levels of stakeholder interest in the project. The modelling was used to show the proposed solutions and demonstrate the viability of our designs. The works included assessment of stability during all stages of the works, and of the sections remaining at completion of the works. 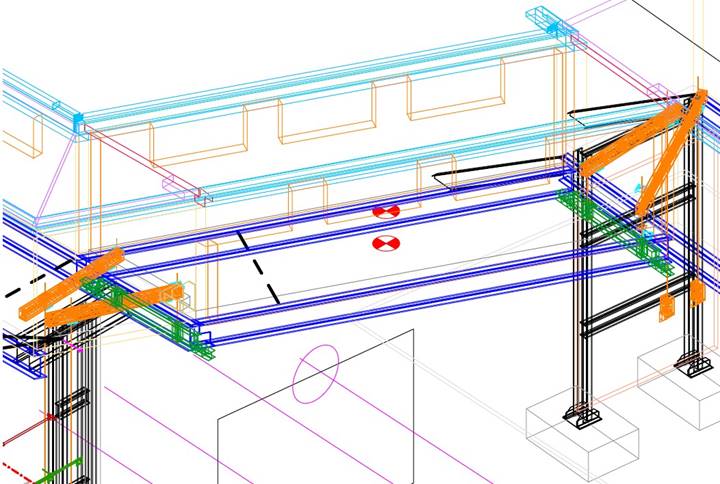 The demolition sequence and propping was detailed to allow the majority of the works to be undertaken in the shorter possessions available prior to the main works, thereby de-risking the main possession. In addition it was designed in such a way that should the lift not go ahead for any reason then the structure could be made stable to allow the railway to reopen in a short time frame, again de-risking the works.

The sections of the walkway were braced internally by a series of partition walls. These acted in conjunction with the fabricated lifting frames to effectively clamp the walkway to prevent fail during lifting.

Andun provided onsite supervision of the works throughout.

The works were completed safely during September 2016. All items fit first time in line with the designs of the Andun team. 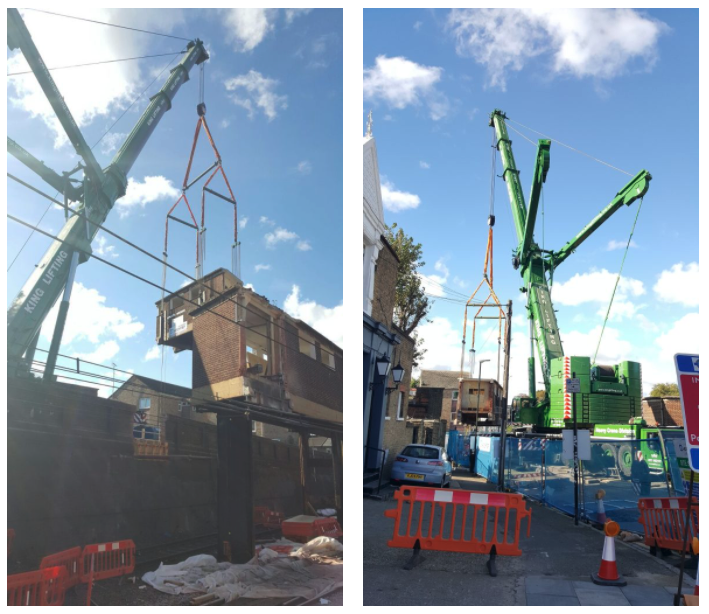