Andun were contracted by John F Hunt Limited for this demolition project in Oxted Surrey.

This is one of a number of gas holder projects that Andun have provided the demolition engineering methodology for in recent years, having had experience in working on a range of gas holders including MAN holders, spiral guided, column guided, above ground, below ground and Wiggins.

The proposed scheme required the design of crane positions for a LTM 1100 (100Te) crane to allow the removal of the roof in sections by a man in basket. The project also required consultation with network rail due to the projects proximity with the line to London Victoria.

The demolition commenced with the removal of the roof sections, the sections were cut and dropped within the remaining structure.

The back section of the structure was initially inaccessible using the proposed crane position so the cutting sequence had to be carefully planned to allow the front of the structure to be reduced in height to get the boom of the crane into place to reach the rear of the holder. This sequencing had to be thoroughly assessed during the FEA analysis.

The roof trusses were then sequenced to be cut and dropped to ensure a gradual and controlled demolition/drop into the centre of the remaining structure. 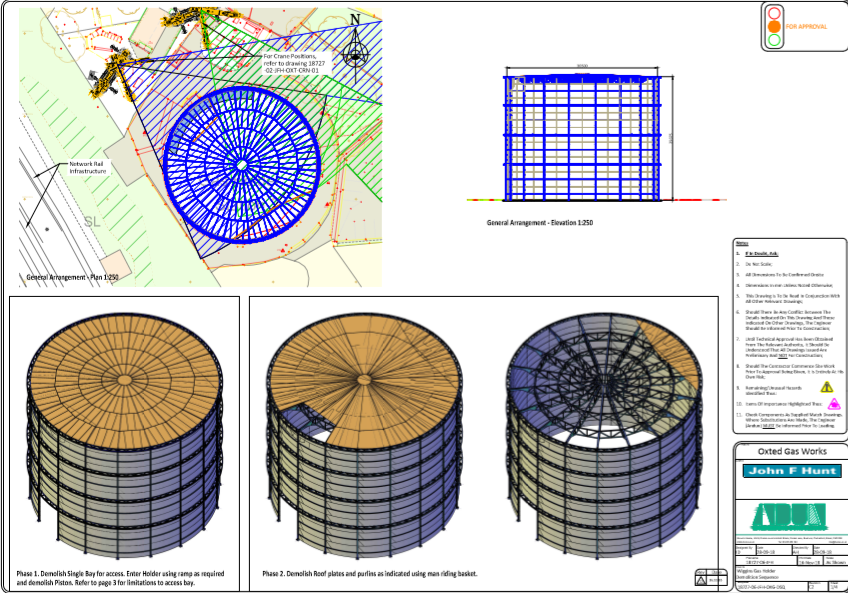 In order to prove the proposed design extensive modelling and analysis of the structure was required of the structural loads at the different stages of the removal.

The calculations and modelling were completed using STAAD pro and this included analysis of the impact of wind loads for a 1 in 50 year wind event.

A full submission including F002/03 was made to Network Rail. Andun also provided CRE and CEM projects for the scheme. 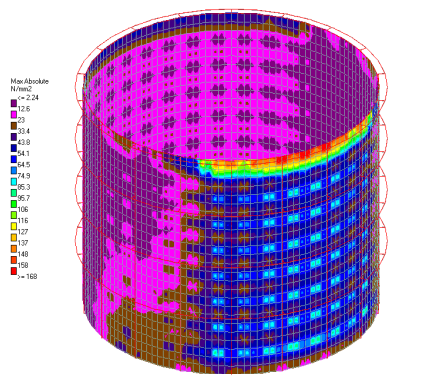