PULL DOWN/BLOW DOWN OF STRUCTURES

The deliberate collapse of a structure during demolition is typically referred to as a ‘pull down’ or ‘blow down’.

Andun have designed and sequenced this type of demolition for a number of high profile projects including Tottenham Hotspur’s White Hart Lane redevelopment.

Pull Down/Blow Down Demolition in Action

Many people mistakenly believe that an explosive actually blows the structure apart; in reality, it is used to trigger the collapse of the structure by weakening or removal of key structural elements, allowing gravity to do the rest.

The mechanism for triggering the collapse can be either explosive charges or by pulling with a wire/chain attached to an excavator.

Planning the deliberate collapse of a structure requires an Engineer to have a very good understanding of the structure and experience of how structures behave in extreme conditions.  Steel and concrete structures require different approaches.

The structure is pre-weakened.  This can include cutting out bracing and secondary beams.  Sit cuts and hinge cuts will be formed in the column sections to ensure that the structure collapses as required.  The final cuts should be made only when everything is ready.  Explosive or wire rope pulling is then used to provide the trigger to cause the structure to collapse, generally by knocking out columns.

These works need careful planning to minimise the risks of working in a weakened structure. However, the use of cutting charges (shaped charges) is becoming more commonplace, reducing the risk of undertaking the final cuts.

The diagram below shows the planned pull-down of 340 Tonne truss at Tottenham Hotspur FC.  A scheme developed by DSM and Andun. See https://youtu.be/XnixiRwN7Lo for the video of the demolition. 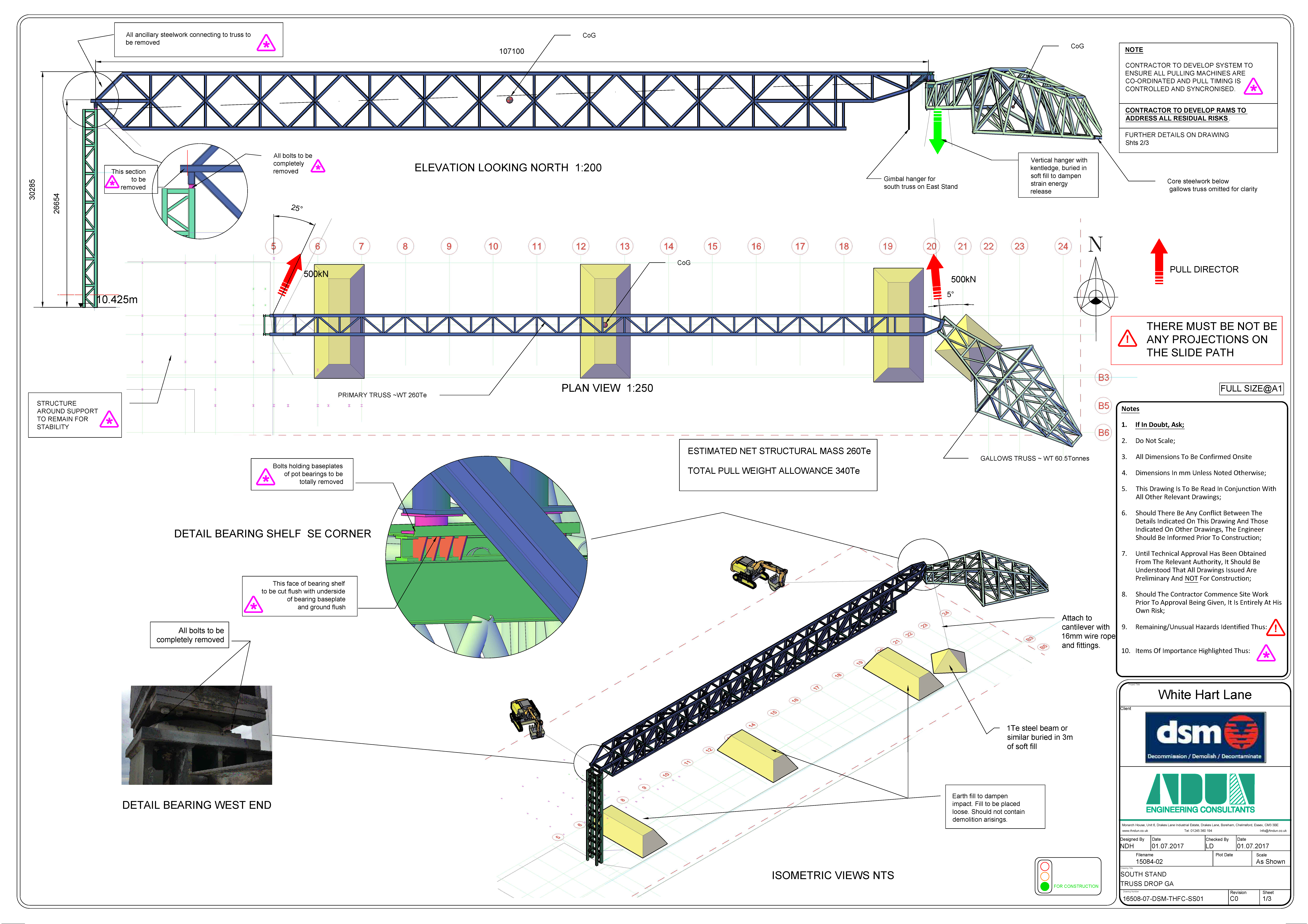 To prepare concrete structures key structural elements are weakened. Explosives are typically placed in holes pre-drilled into the key elements that are to be fragmented. Once detonated the solid explosive converts instantly to a gas of much higher volume which effectively blows the concrete off the reinforcement and gravity does the rest.