Bradwell Nuclear Power Station is a Magnox station on the Essex coastline, which ceased power generation in 2002. The site has been defueled as is currently undergoing `C&M (Care & Maintenance) preparation’. This phase is due to complete in 2015 and focuses on decommissioning and plant removal from buildings.

John F Hunt Demolition have been appointed by Magnox to carry out demolition works on the site. The first phase of the works consisted of the demolition of the change rooms. This structure was a 3-storey reinforced concrete building sandwiched between the two main reactor buildings; all the main beams spanned from the reactor buildings. 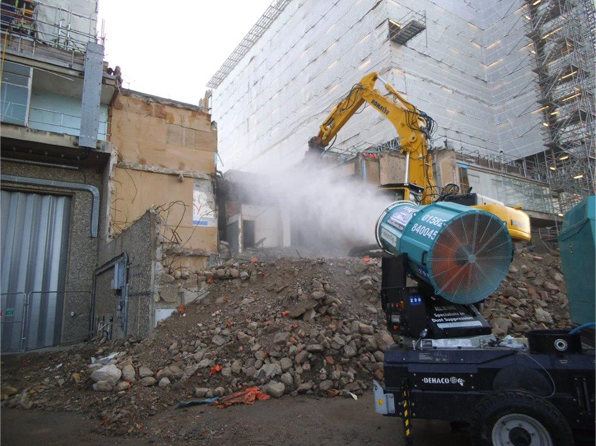 The first section of work on this project was undertaken in July 2013. The initial intention (driven by Magnox’s brief) was to demolish the building by cutting and lifting. To carry the high axial loads, provide easy erection, and ensure stability of the structure special props were designed to suit the works. Andun provided calculations, Cat ii check, & 3D demolition sequence drawings for the scheme.

In the meantime John F Hunt had discussions with Magnox regarding the potential for carrying out the demolition using long reach excavators. Magnox received independent advice from the Institute of Demolition Engineers, which convinced them of the merits of using this approach. The demolition sequence and propping schemes were revised to suit.

The works were successfully completed in 2014. 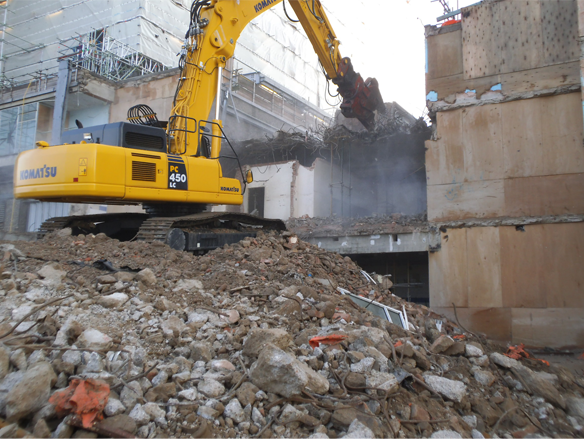 Analysing the as-built drawings revealed potential hazards beneath the Change Room such as voids and a Goliath Track (for the crane used to build the reactors). These issues were solved through effective communication on drawings to ensure that hazards were mitigated prior to plant entering into the footprint of the building.